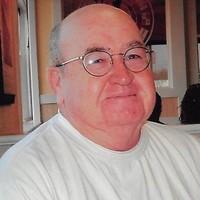 Butch entered this life on September 24, 1946, to Elmer and Onah Brown.  He left this life on November 1, 2019, surrounded by his loving family; wife Vicki and children and grandchildren.  The world had no idea that cool November day what it was getting.  The world received a gem, a star, a fella like no other.  He was a man of many talents and his spark shined no matter where he was.  He was so many things to so many people; a husband, a father, a brother, an uncle, a grandfather, and a friend.  His latest love was the unconditional: “poppops” love he gave his great grandchildren.

Butch, as the family called him, graduated from Sayre High School in 1965.  After working in the Texas panhandle for a farmer with his brother James, they enlisted in the United States Army in June 1967.  After training he was sent to Vietnam where he joined the 334th Armed Helicopter Corp.  as a crew chief and door gunner and exited Vietnam as a SP5.  This is where he received his second nickname, “Charlie Brown”.  After Vietnam he was assigned to Hunter Army Airfield in Savannah, Georgia, until he was discharged in December 1968 just in time for Christmas.  During his service to his country he married Vicki Campbell on November 16, 1967.  In the almost 52 years of marriage, they moved 18 times and finally settled in Orange, Texas, for the last 29 years.

During his working life Butch has been a true man of many trades.  He has worked as a welding supply salesman, as assistant manager for a retail dry goods store, an operator in a power plant, wire line company in the oilfield, repaired bicycles in a shop in the back yard, put new motor cycles together for a dealership, applied insulation, an office manager for a truck firm, and dispatcher for a trucking firm.  But the job he held the longest was truck driving both over the road and local.  He and Vicki spent many enjoyable summers delivering chemicals and returning with whatever product was available.  They traveled the whole United States, excluding 5 states, and several locations in Canada.  When Greg, grandson, was young he spent many days in the top bunk traveling with his grandparents.

Butch enjoyed riding his motorcycles, talking with anyone in range at the time, and coaching his boys when they were in little league football and baseball.  He loved visiting with his family.  After breaking his left foot and shattering his right elbow in a trucking mishap, he was unable to move much so he spent hours watching the cooking channels on TV.  After that experience, he became an avid cook.  The whole family enjoyed his cooking.

Butch leaves behind him to remember him; his loving wife, Vicki; sons, Charles of Sayre, OK, and John of Orange, TX; grandson, Gregory of Lumberton, TX, and great grandson, Weston; sisters, Frances Meadows of Victoria, TX,  Lois Bryan of Sweetwater, OK; as well as a host of many family members and many, many friends.

Funeral Services will be held on Tuesday, November 5, 2019 at 10:00 in the Rose Chapel, Sayre, OK with interment and graveside services at 11:00 in the Berlin Cemetery.