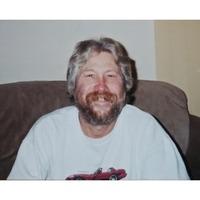 Charles Eugene ‘Charlie’ Hickman was born April 20, 1957 at San Antonio, TX. and passed from this life July 6, 2020 at the age of 63 years, 2 months and 16 days at Mooreland, OK. He was the son of Mary Ann Davis Hickman and Lewis Jackson Hickman, Sr.
The family moved to Leedey, OK. and Charlie attended High School in the Leedey Public Schools. For two years he attended the Burns Flat, OK. campus of the Western Technology Center. He completed courses in the field of automotive mechanics and automotive body repair.
In 1977 he was married to Rachel Ray at Butler, OK. and they were blessed with a daughter, Emily. At Wheeler, TX. on October 6, 1988 Charlie was united in marriage to Kathy Ray and two daughters, Amanda and Alanis blessed their home in Leedey, OK.
Charlie was a baptized member of the Leedey First Baptist Church. He was a fan of conservative political commentator, Glen Beck and the Republican party.
He is preceded in death by his parents, Lewis and Mary Ann Hickman, Sr., an infant brother Edward Lee and an infant grandson, Calum James Yelle.
His memory is cherished by his daughters, Amanda Knox and Jack of Mooreland, OK., Emily Lee and Jason of Enid, OK. and Alanis Yelle and Jakob of Goldboro, N.C; two sisters Nora Kock and husband Boyd and Pat Hickman; one brother Jack Hickman; seven grandchildren, one great grandchild, and many nieces, nephews, other relatives, and friends.